DO WHAT YOU DO SO WELL THAT THEY WILL WANT TO SEE IT AGAIN AND BRING THEIR FRIENDS.
- WALT DISNEY
Disney isn't a hobby. It's a lifestyle.
YOU ARE NEVER TOO OLD TO WISH UPON A STAR
New FastPass Locations? DisneyMaxPass?

My first post for the New Year!  I’ve been working on my YouTube channel, videos, and content and they have got me up to my knees in work.  However, I came across this post and just HAD TO share it.  Apparently, there are going to be new FastPass locations at Disneyland and DCA.  The Matterhorn Bobsleds are finally getting a FastPass (Thank the Heavens) and DCA’s Toy Story Mania.

Ring the bells, and call all the troops, it’s a New Year Miracle!  I think many of us avid Disney goers have been dying for the Matterhorn to get on board with the FastPass system.  This ride has needed it since they even started the FastPass system. And now with Toy Story Mania jumping in too, FastPass is now available for 16 rides. 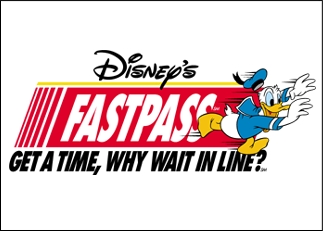 Although this part is a blessing, the next is a bit of a curse.  They are starting Disney MaxPass later this year.  What does this mean?  Well this means you spend 10 dollars a day to get free photos, and to use your Disneyland app to control your FastPass selections (think of how WDW uses their app for FastPass…similar thing).  Annual Passholders are able to pay the 10 dollar-a-day fee, or pay for the year.  The deal is, AP’s already get their photos for FREE.  Spending 10 dollars seems a bit unnecessary just to put the passes on your phone.  And hopefully it won’t be 3,650 dollars for AP’s to pay for the year.

To some, an extra 10 dollars, or however much money to do this MaxPass seems convenient.  However, to others, it seems like a waste of money.  We already spend so much on Disney, I don’t think we need to spend any more if it’s not necessary!